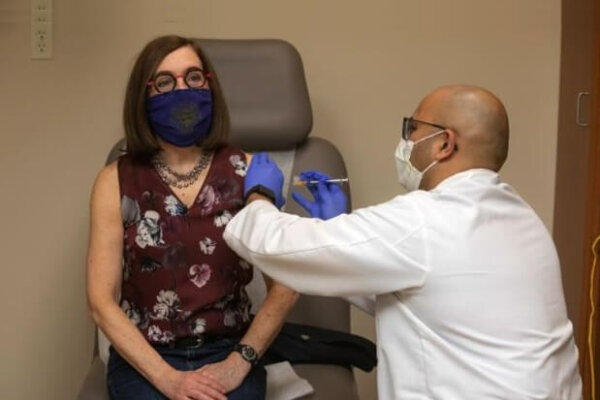 The Oregonian reports researchers at the University of Oregon’s Institute for Policy Research and Engagement conducted a survey and are urging Gov. Kate Brown to stop promoting COVID-19 vaccines, saying she is the ‘least trusted’ messenger for hesitant Oregonians.

Brown’s trust deficit may be related to her routine of blocking vital Covid information to the public and fighting the media over public records request during the pandemic.

The survey included 686 Oregonians who were surveyed from late May through the end of June and found that doctors are the most trusted messengers, followed by family and friends. Turns out that politicians who have peddled unconstitutional power grabs and lockdowns for over a year are not the best messengers.

The Oregonian reached out to Gov. Brown for comment and her spokesperson indicated the governor will not change her messaging or other work regarding COVID-19 vaccinations.