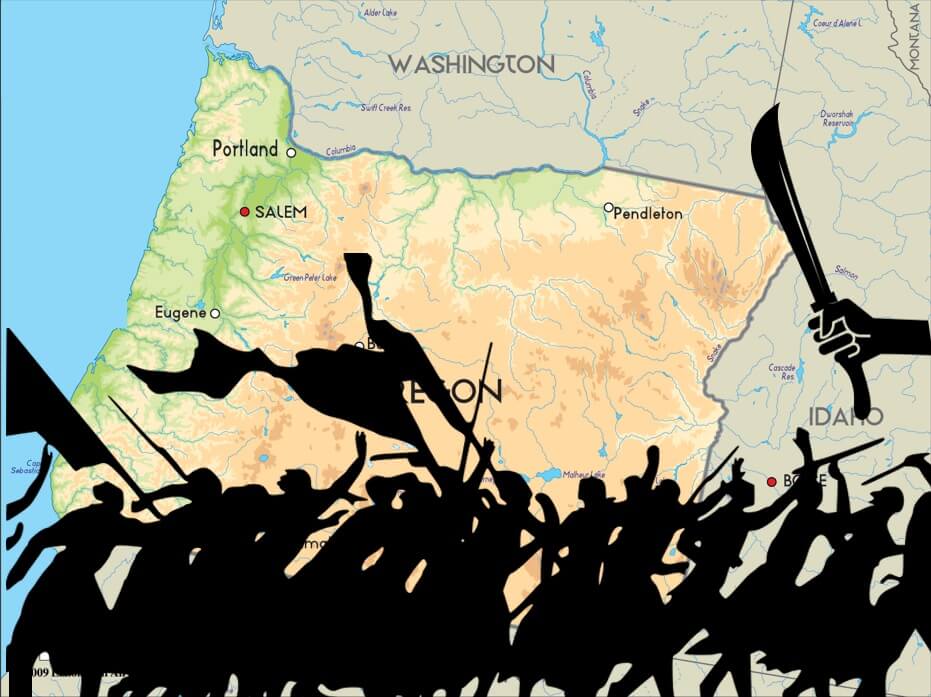 There have been some major political battles among liberal lawmakers in Oregon and in the US signifying a backlash against politics veering too far into liberal extremism.

In Oregon, the redistricting maps were so biased that they drew criticism from the local media as well as opposition from fellow Democrats. The end result was the House Speaker violating her public pledge and bipartisan opposition in both chambers to the redistricting maps.  Democrat Senator Betsy Johnson, who voted for the maps, still took time to warn of negative ramifications from the process. This battle was not too different from when seven Democrats voted against their party against the 17% small business tax this summer. A tax so unpopular, liberal and extreme that it had to be fast tracked to avoid public notice. The Governor signed it in absolute secrecy behind closed doors.   There was no public record that the tax was actually signed until 10 days after it happened.

In the past few weeks, the extreme liberal experiment of de-funding police in Portland brought rebuke from a Democrat Portland Commissioner, Mingus Mapps. He demanded that police be refunded to stem the record breaking crime wave sweeping Portland.  He is an African American who is making a powerful case that Portland’s crime wave is wrecking havoc in the Black community.  Mingus Mapps’ plan is in opposition to Portland City Commissioner, Joann Hardesty who tried to push a measure to cut the police budget even further.

You even have a campaign underway to recall Portland Mayor Ted Wheeler where the official charges listed against him are related to him not being liberal enough.  This despite his de-funding Portland police by $12 million, raising numerous taxes, endless Trump denunciations, threatening to boycott Texas, suspending police from enforcing minor traffic violations to appease cop haters, coddling Leftist rioters and promising a new city wide Carbon Tax.

You had a Portland State University Professor, Peter Boghossian, (a classical liberal known for his advocacy for free speech, prison reform and atheism) resign from his job because the University had become too extreme and hostile to free speech.

Nationally, Liberals have declared war on liberal Senator, Kyrsten Sinema (Arizona) and Joe Manchin (West Virginia), even to the point of stalking Senator Sinema with a cell phone as she entered into a restroom to harass her inside – a true low moment among liberal activists.  Unexpectedly, President Biden weighed on Sinema’s harassment and defending the harassers.  The Saturday Night Live TV show did a skit where they made AOC and Biden look good and Senator Sinema and Senator Manchin look bad.   Speaking of Biden, during the recent Afghanistan hearings, Biden’s own military leaders turned against him and contradicted him.  At the same time, someone in the Biden administration leaked private diplomatic phone conversations with the President and then-Afghan President Ashraf Ghani.   These calls were used against the President.

All this liberal extremism is maybe why former Democrat Presidential candidate Andrew Wang switched his registration to Independent this month.