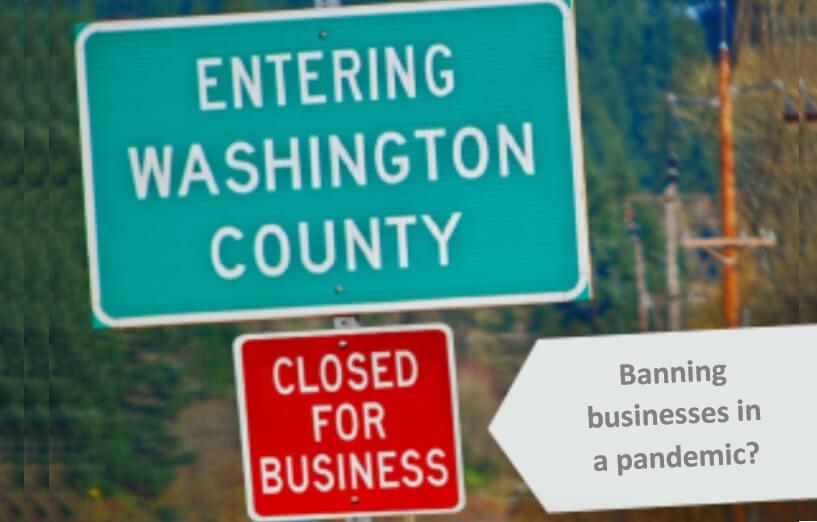 Washington County has become hostile to small businesses struggling in a pandemic.

That tax was rejected by voters by nearly 60%.

Now this fall, the same Washington Co. politicians are on a mission to become one of the only places in America to ban flavors related to vaping. Many local small shops that spent years building their businesses will immediately have to close their doors, lay off employees and declare bankruptcy. Flavored vaping is most of what shops sell. Apparently, Washington County wants more homeless people on our streets because when you force people out of a job with business killing regulations you create more poverty.

Most people opposes the ban at a recent hearing as Hillsboro News Times reports;

“a majority of speakers opposing the ordinance.”

Right now, local small businesses are still under Covid mandates, depressed customer turn-out and a supply chain holiday season crisis and yet the County is obsessed with passing more regulations to make life worse for local mom and pop stores.

“A new report concludes that people of color, low-wage earners and women were more likely to suffer job losses as the pandemic forced businesses to limit operations.”

These communities will suffer the most when Washington County passes laws that shuts businesses down.

The Taxpayers Association of Oregon has been educating taxpayers and working against high taxes and harmful government red tape for over 20 years. We find that Washington County’s purposely closing businesses during a pandemic is among the worst and clueless ideas we have seen in a long time.