On Christmas morning in SE Portland, Mt. Tabor neighborhood could be seen with new political vandalism. 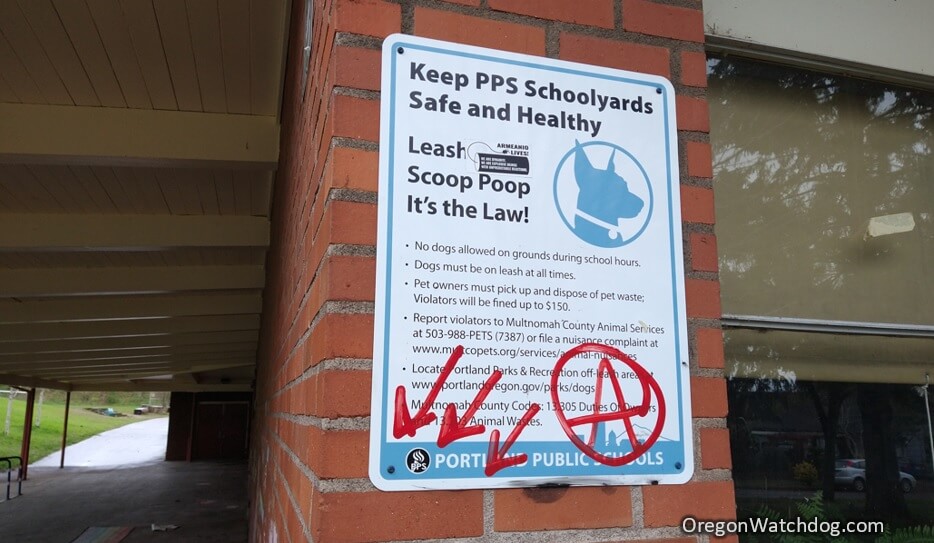 The photo below represents a sad story.   A longtime local Irish pub closed for good during the pandemic.  The building has been vacant for a long time as it hard to find new business   Anarchist hit this victimized property owner with a huge “Land Back” message demanding America hand over the country. 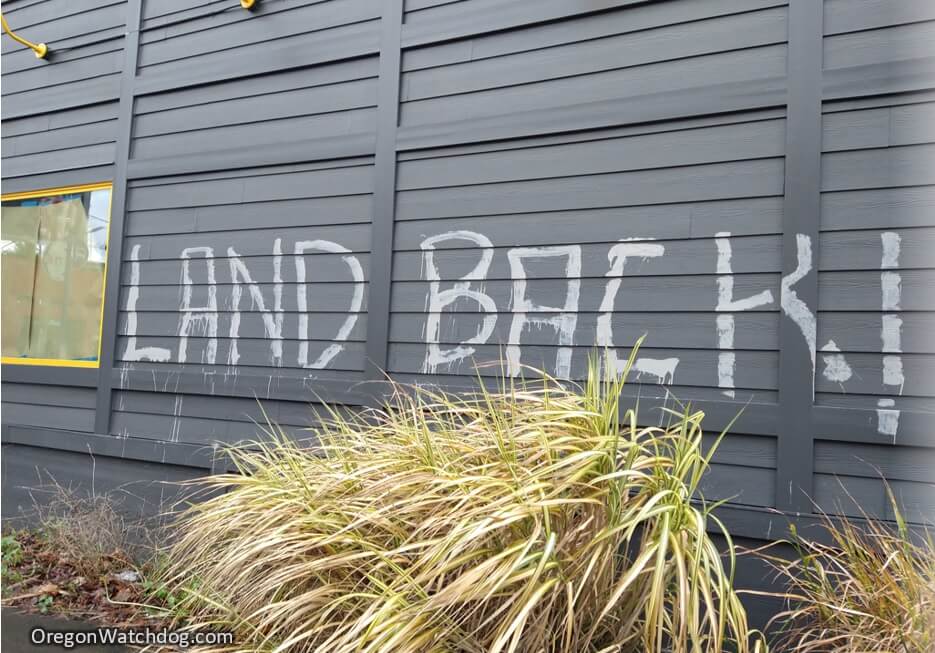 The political vandalism only elevates existing gang graffiti which has saturated people’s property (left) including people’s trees and shrubs (middle).  Business break-ins are so common, that shops have to post signs in their windows saying basically, “Don’t rob us, we have no money!!!”

We even feel sorry for the nearby union AFSCME headquarters which had their backyard broken into with a torn down gate.   Vandals sprayed NEW graffiti over the OLD graffiti — sprawling nearly two stories high. 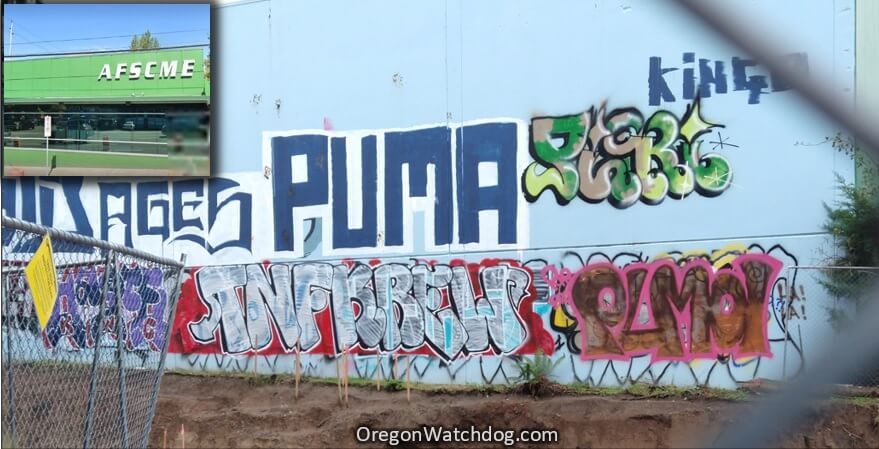 Why is not AFSCME which represents government employees more upset at the crime spree, vandalizing public schools (seen above), destroying public transit stations (seen above) and anarchists calling for the death of our police officers which is all over Portland?  We know in 2021, Oregon AFSCME has been successful at securing raises for government employees higher than the entire private sector (by category) and securing the fewest job losses of any other job industry in the pandemic.   Yet, when will they stand up against the violence that is throwing Portland into staggering decline?  When will they oppose the soft-on-crime politicians and oppose the criminal early release floodgates?  We are ready to work with you if you do.

— All of these photos above were taken just by driving to a Christmas gathering and witnessing the vandalism along the way.  This is what many Portlanders see everyday.    Also, in the same Mt. Tabor neighborhood where these photos were taken, a local business was broken into Christmas eve for the second time this season. 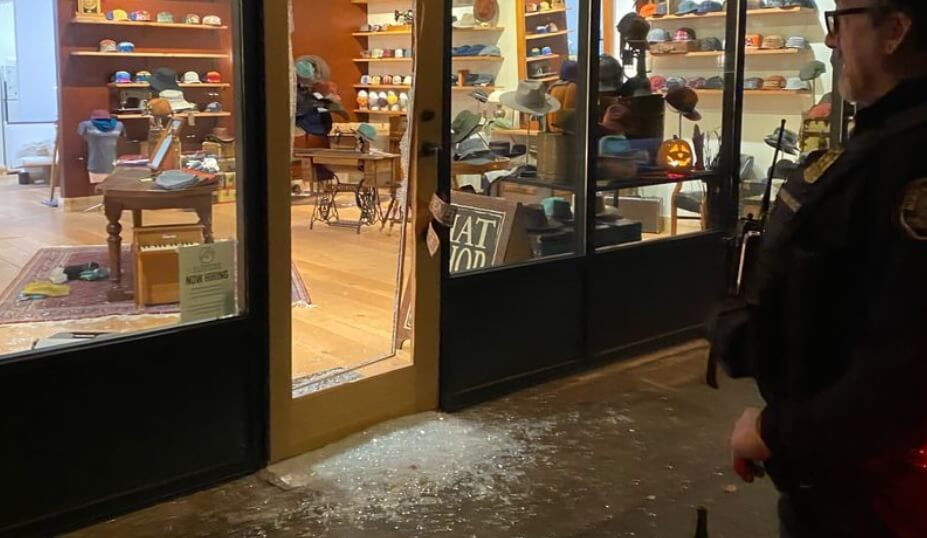