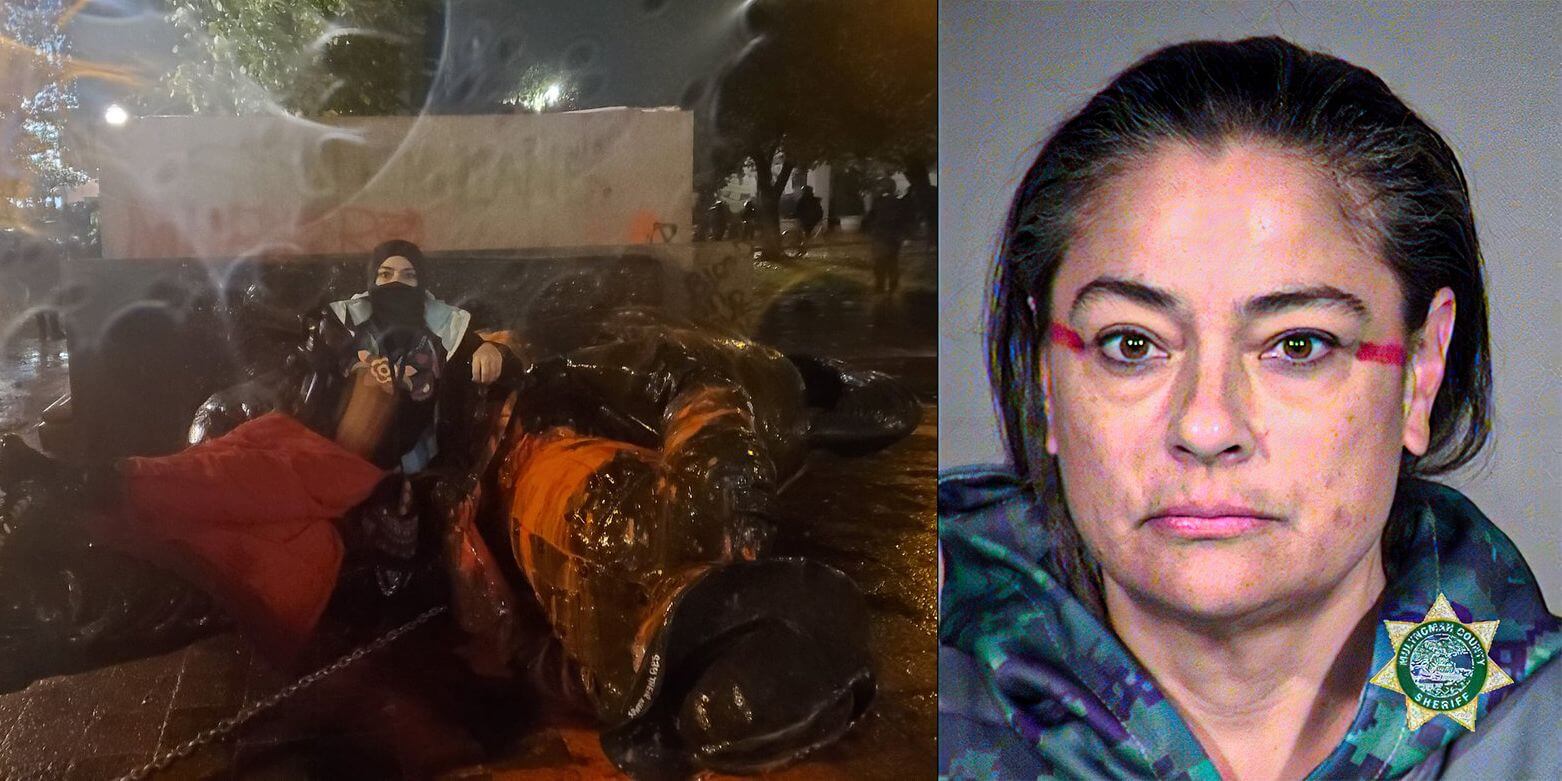 The photo is an actual picture of Tracy Lynn Molina posing next to the fallen Portland statue of President Teddy Roosevelt.  It was on the very violent and destructive night where rioters tore down the Abraham Lincoln statue and defaced the Oregon Historical Society.   Now the Post Millennial reports that she appears to be scrubbing her past criminals acts.

The Post Millennial states, “Using the since-deleted Twitter account, @AndyNgoSUCKS, Molina posed in a picture with the defaced presidential sculpture after onlookers cheered as the statue of President Theodore Roosevelt riding on horseback was thrusted from its pedestal. “Stolen Land” was spray painted over the 26th U.S. president’s “Rough Rider” headstone. Molina propped one arm over the orange pool oozing down the memorial.”No more colonizers. No more NeoColonizers. F— 12! F— white supremacy, f— the MAGA who follow the European American rule of these homelands is over! Its time to save the Salmon, save the Chuush, save all Indigenous Peiple Alaska to Argentina,” Molina captioned a removed video of Roosevelt’s takedown.”

Here is an example of the damage that night: 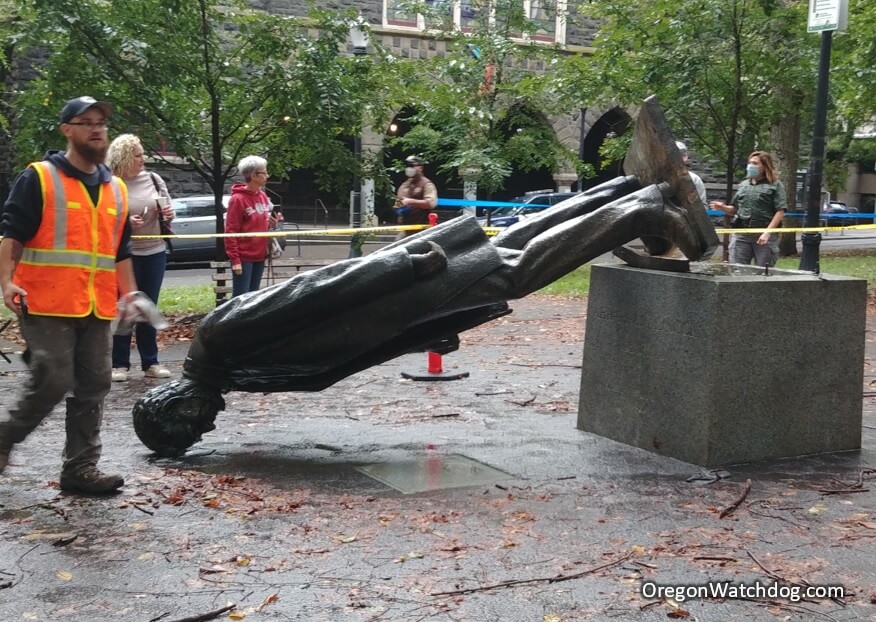 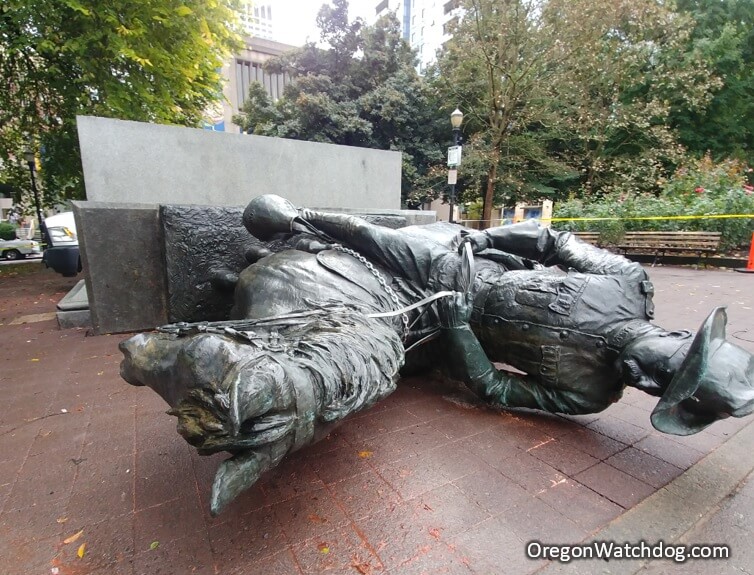 Antifa left their mark that night… 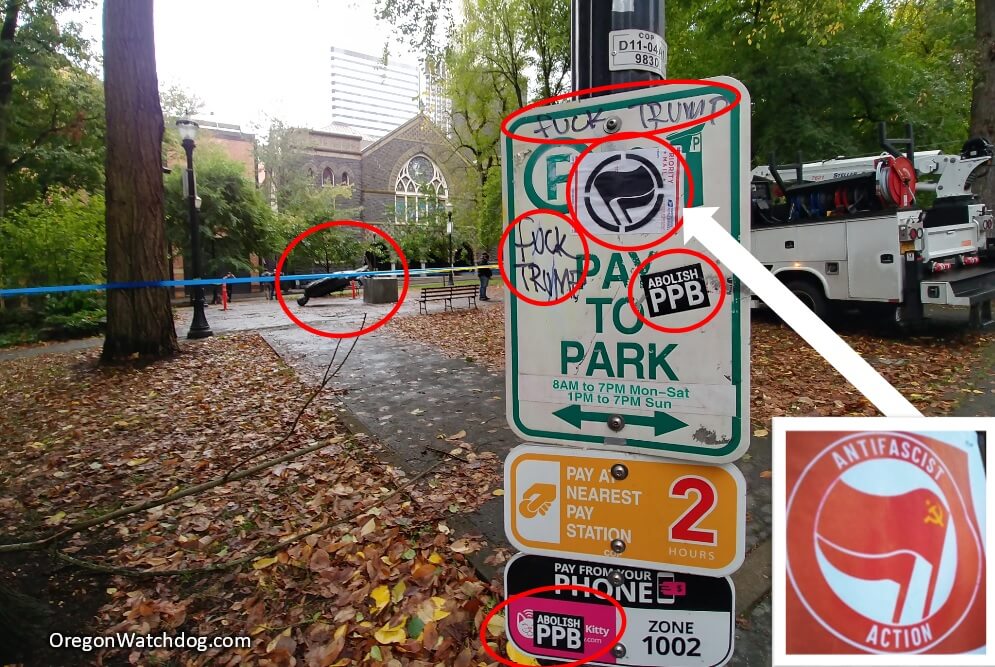 Even trees were not spared… 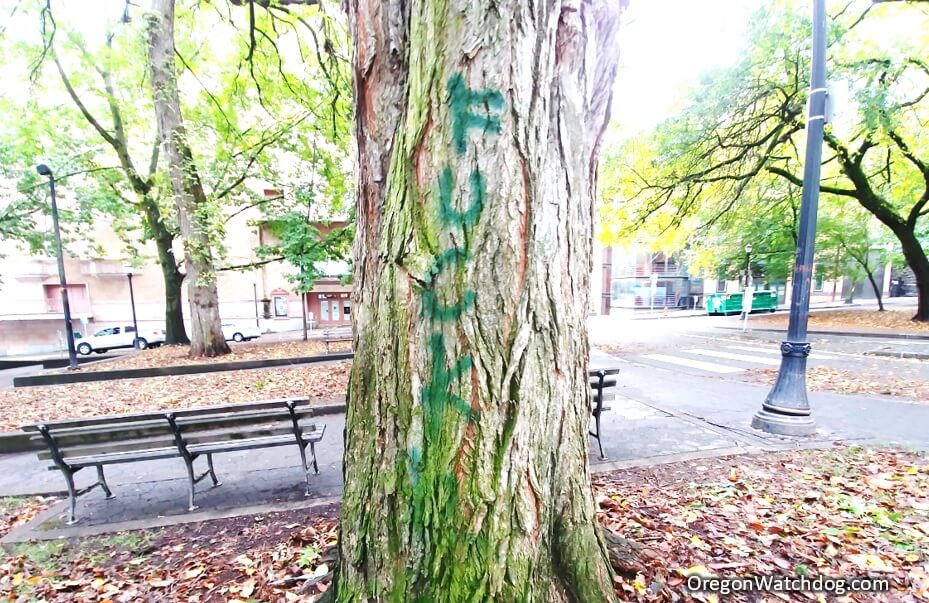 The Portland Art Museum was not spared

The Historical Society was hit 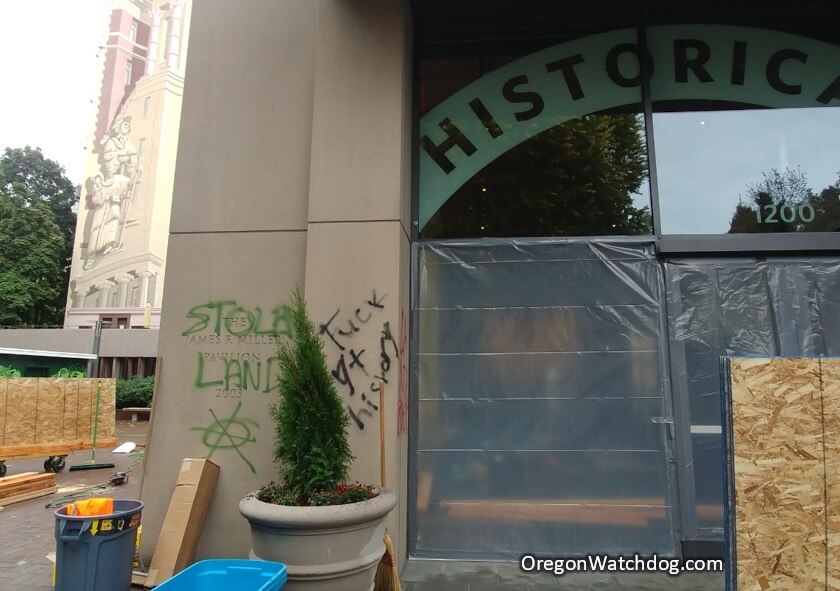 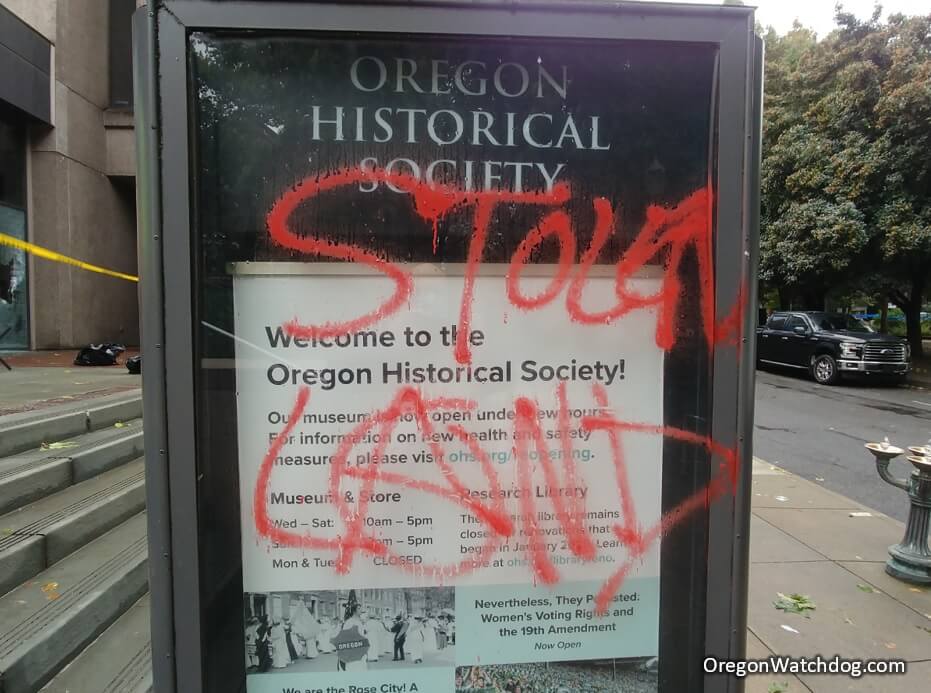 (Credit to Post Millennial for top Tracy Molina photo assembly. All other photos courtesy of Taxpayers Association of Oregon )