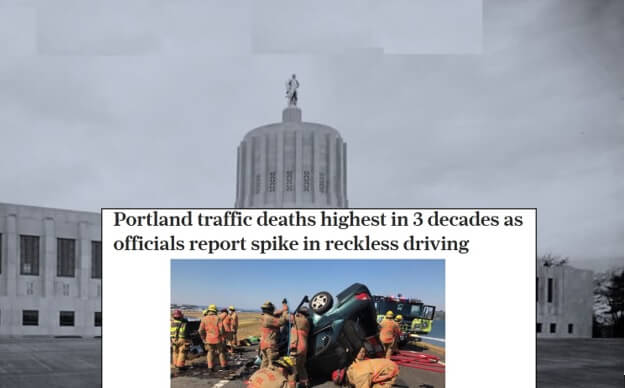 The Oregon Senate narrowly passed SB 1510 this week (16 to 11).  SB 1510 creates a new bureaucratic process for stopping motorists who break the law.  SB 1510 description reads “Requires police officer to inform stopped person of right to refuse consent to search and, if consent is obtained, requires the officer to obtain written, video or audio record that the person gave consent to search. Prohibits a police officer to initiate a traffic stop based solely on certain traffic violations.”

Senate Republican Leader Tim Knopp (R-Bend). said, “This bill will make our community and roads more dangerous at a time when crime is on the rise. Soft-on-crime policies like these are what is causing Oregonians to feel unsafe in their homes, now they will feel unsafe on the roads.”