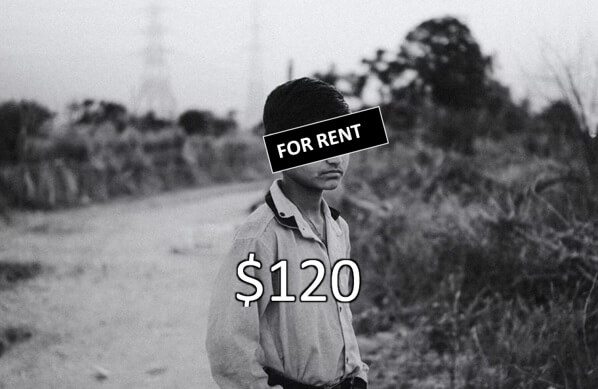 After the Obama administration made it easier for children to cross the southwest border and stay in the United States, skirting immigration laws, children flooded the border. In fact, officials apprehended more than 40,000 unaccompanied children and adults traveling with kids between May and August 2014, according to the White House. That led to parents in Guatemala, Honduras, El Salvador, and other Central American countries renting their children to cross the border.

In one case, a family received $120 to “rent” an eight-year-old boy to illegally cross the border, posing as part of a family, so his traveling partners could stay in the United States. Maynor Velasquez Molina paid for the boy to join him after discovering it would be easier to cross the border with a child, according to the U.K. Daily Mail. He was later indicted for human smuggling. The boy was shipped back to Guatemala but once again returned, rented to another fake family. It created a profitable industry, with coyotes paying parents for their children, but preyed on the most vulnerable population. As stated earlier, these children are being rented away from their families for as little as $120.

Children who successfully settled in the States could later send for their families. This demonstrates just how dysfunctional everything is at the border. People are encouraged to risk their lives, smugglers earn millions of dollars, and children are victimized.

Crossings at the border dropped considerably in January 2017—the month President Donald Trump took office after strong rhetoric railing against illegal immigration and promises of a crackdown and construction of a border wall.

The United States is stuck in a progressive cycle where people following what their heart tells them to do end up creating even more problems that hurt and even kill people. We could expand the number of visas issued, allowing for background checks. The family-based immigration system in the United States is already one of the most generous policies in the world.

— This is part 6 of an ongoing series on our special report on the Southern Border.