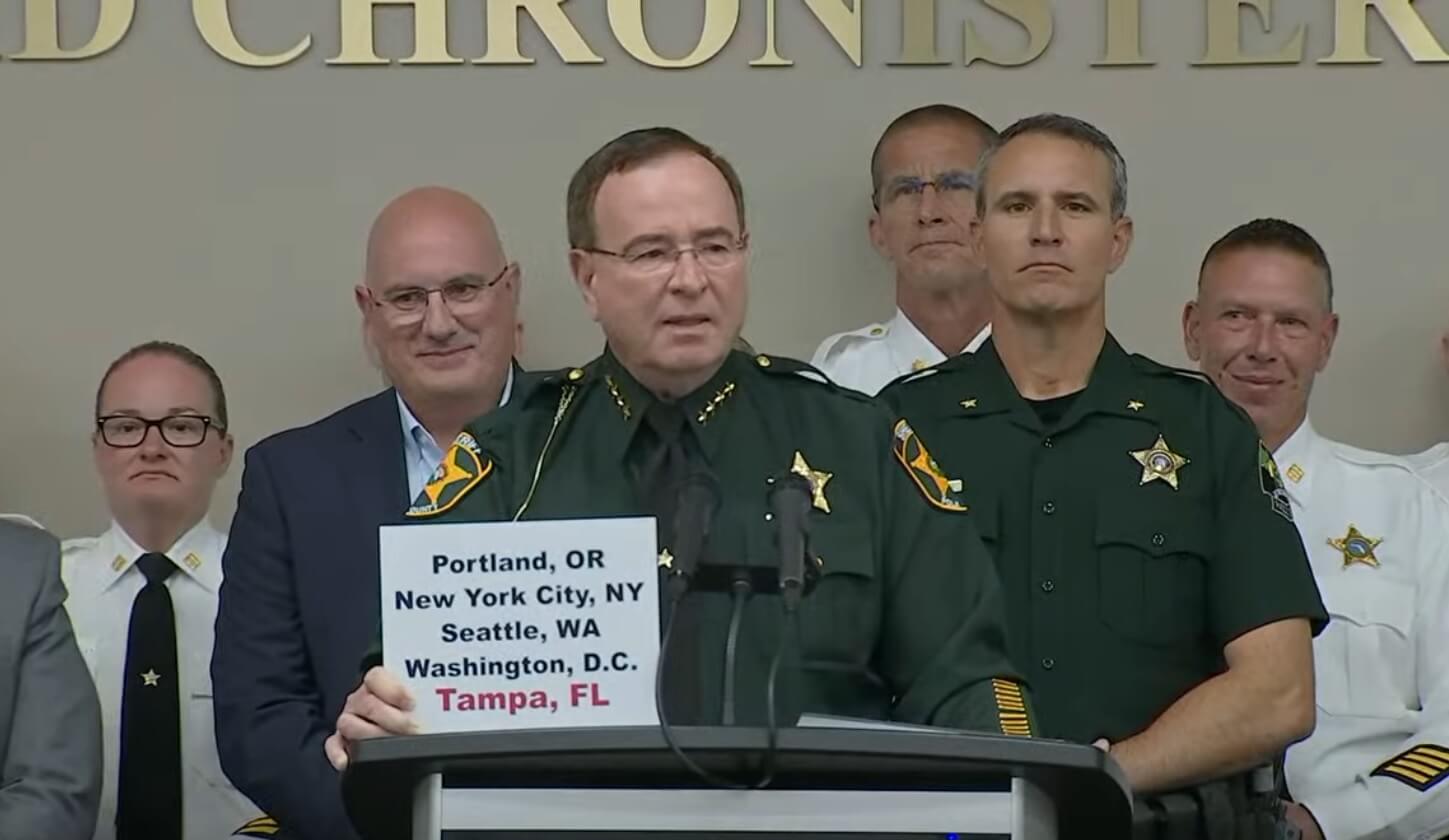 Portland was mentioned in a press conference by Governor Ron DeSantis and many local Sheriffs where they announced the suspension of Circuit 13 State Attorney Andrew Warren for  “neglect of duty,” by protecting criminals and ignoring crime victims.

“Here is one of our favorite places, Portland Oregon. You can set up a C.H.O.P. zone there and just not let the cops come in. (Definition: Chop Zone is a criminal occupied protest area like Seattle’s CHAZ or Portland’s Red House). Do you know how long there would be a C.H.O.P. zone in Polk County? (laughter) As long as it takes me to drive back there from here. New York where they are not holding people accountable. Seattle, Washington and Washington DC. So what is the commonality here? Just go look for yourself.  Look at the data.  Murders are up.  Innocent people are being murdered where prosecutors don’t do their job.”

“I have done this job my entire adult life. I remember when the felons owned Florida. It was in the 1970s and 1980s. I remember that well. I was one of the cops on the street. When we couldn’t keep the felons locked up, we couldn’t keep the criminals locked up. They preyed on the community. And Governor they didn’t prey on the ones behind the gated communities in the million and half-million dollar homes. They preyed upon the real working people. And then a magical thing happened. We changed the law. We decided to hold them accountable. It was a Democrat Governor that signed the bill that started us down a path to make a difference.”

You can watch the press conference here.