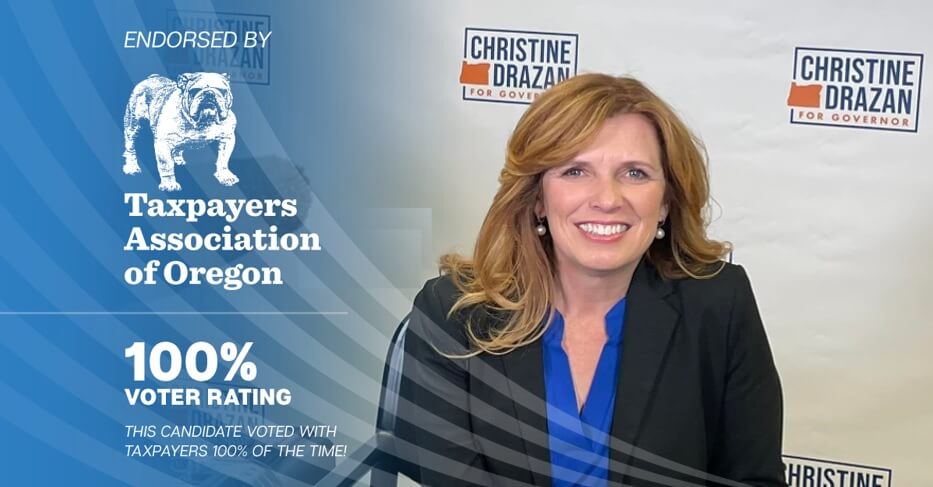 The Taxpayers Association of Oregon looked at the taxpayer votes of the Oregon governor candidates and found that candidate Christine Drazan was the only candidate to score 100% “A” rating across three Legislative Sessions.

Christine Drazan has always had an open door to helping us at the Taxpayers Association of Oregon, which is why she has earned the endorsement from us and other liberty defending organizations such as NFIB, TimberUnity and Lars Larson.

The fact that Christine Drazan, for most of the year, has out-funded Tina Kotek and also has been within the polling margin of victory makes this an even more timely choice.

The national forecasting firm, The Cook Report, said that Oregon’s Governor’s race was the most surprising governor’s race in the nation.   This is how impressive Christine Drazan has been.