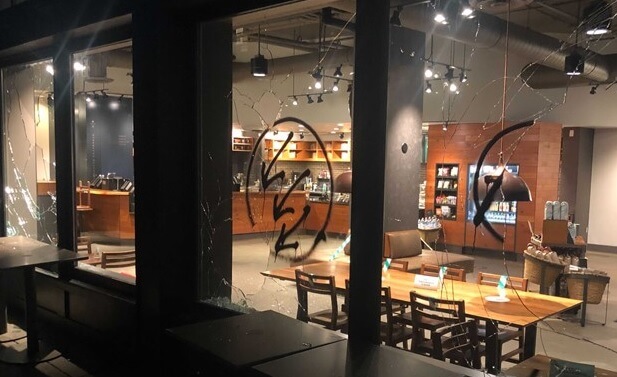 Fuming at three major riots in juts five days, Portland Mayor Ted Wheeler declared the entire weekend a state of emergency for the City.  Mayor Wheeler’s press conference urged citizens take photos of passing protesters and write down their license plates if they pass in your neighborhood.   Mayor Wheeler also invoked the threat to use the dreaded tool of kettling.

The protesters in return planned a super-fast protest where they took over streets, flashed strobe lights into people’s homes and businesses, chanted obscenities and vandalized a few small businesses along the way.  It was done in less than 60 minutes as to avoid any traps by police during the emergency order.

Below are some original on-site photos provided by the Taxpayers Association:

They threw rock through the window of Starbucks, making it the fourth Starbucks to have been vandalized in the past seven days., 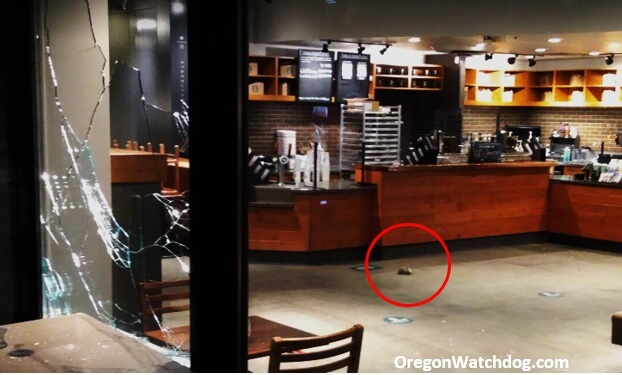 And then destroyed Starbuck’s three other windows. 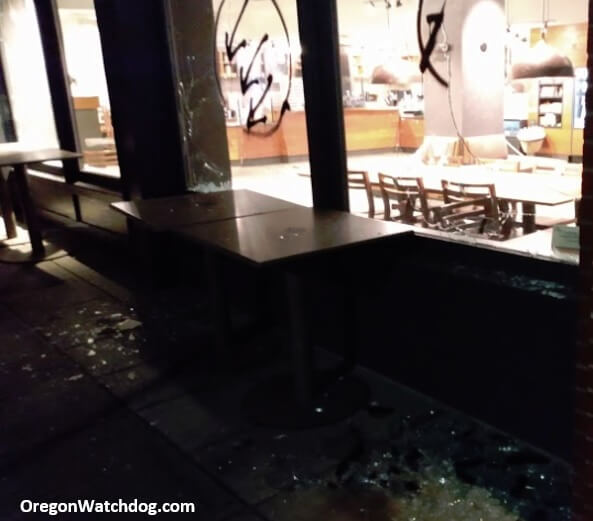 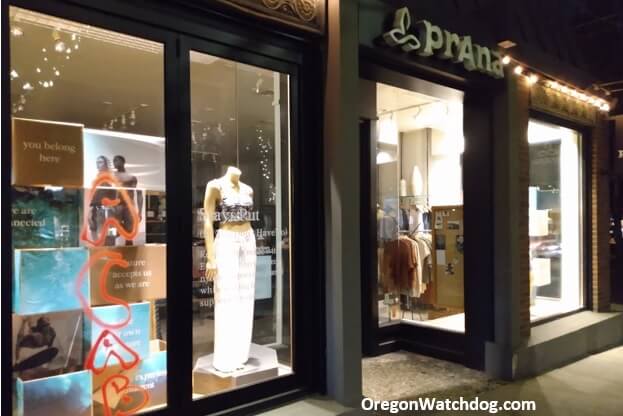 This Moroccan restaurant was tagged (Police photo).  The owner, Mohamed Ibrahim, is an immigrant who came to America in 1986 and within three years started this restaurant which has been in Portland for 26 years. 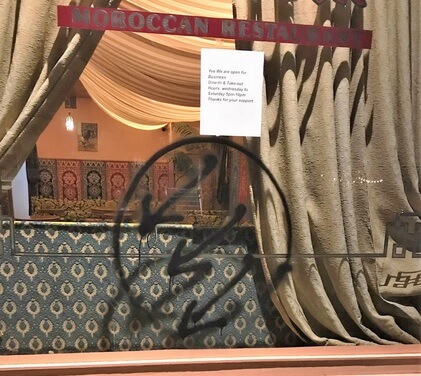 Another small business clothing store was tagged twice with these words. 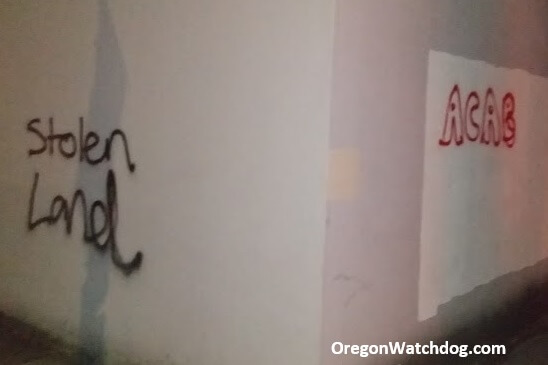 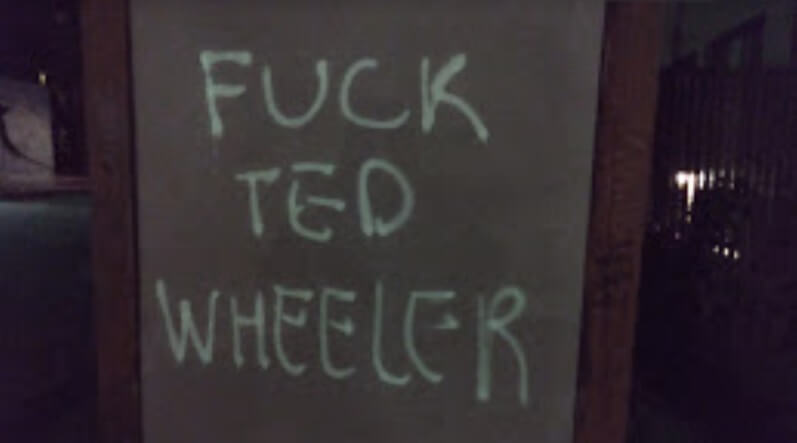 – The protest crowd was once again below 100, well below numbers from previous marches.   Ted Wheeler’s press conference showed Wheeler boasting that the protesters were dwindling in size.