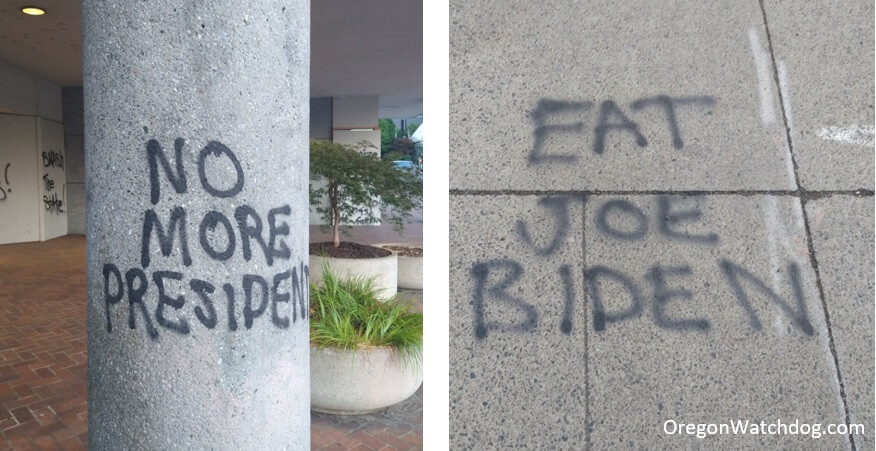 As anarchist and Antifa protesters vandalized downtown Portland this weekend, they made sure to announce their hatred of President Biden.    Many small businesses closed out of fear of the violence.

They also left a message “No More Presidents” signifying their distaste for all democratically elected presidents.

This message was similar from January 2021 when they vandalized the Portland Democrat Party headquarters, writing “Biden is fascist”. 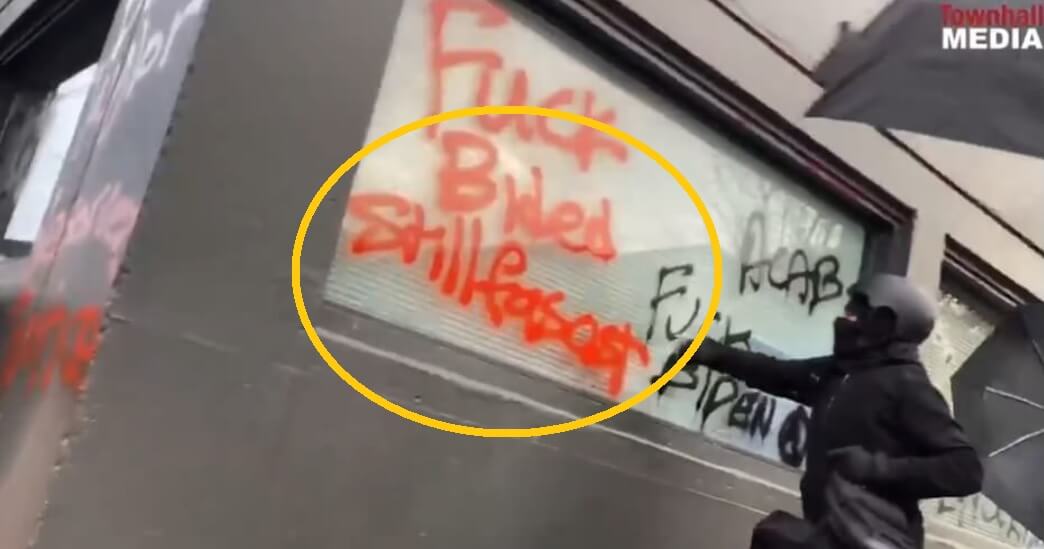 And when they marched downtown with “We don’t want Biden, we want revenge” 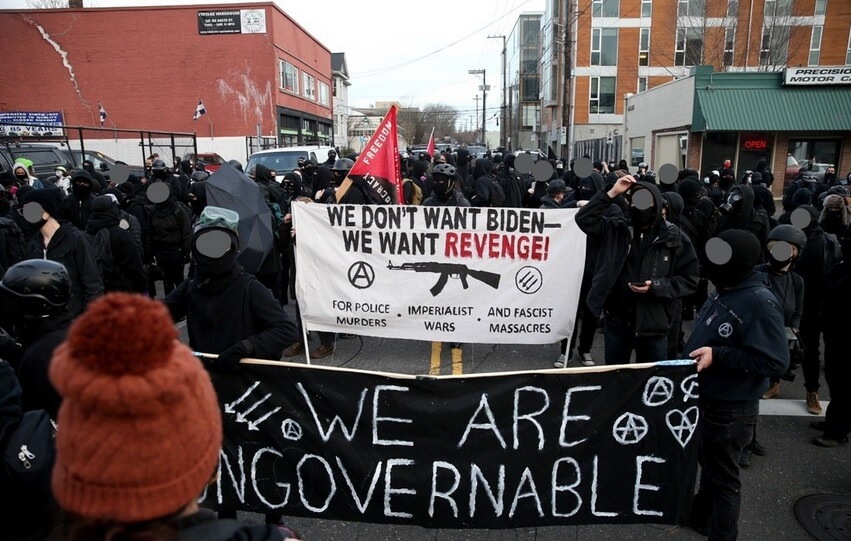