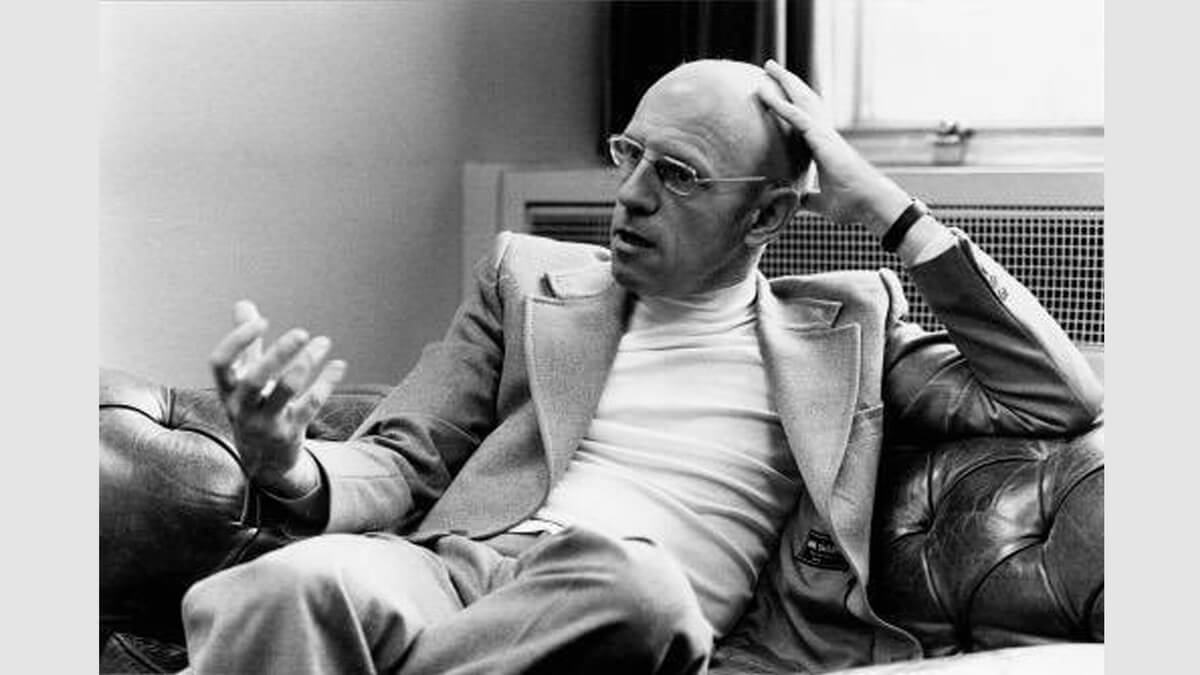 Michel Foucault is the nexus between critical theory and post-modernism. While Foucault shares many conclusions with the Frankfurt School, this French philosopher developed his critical theory from a completely different set of premises.

I can sum up Foucault in three words: power distorts epistemology. That is to say, Foucault argued that social hierarchy influences accepted knowledge. Horkheimer, Adorno, Marcuse, and Habermas were more narrowly concerned with the collective influence of bourgeois society. Foucault saw the corruption of human judgment whenever any societal pecking order was present.

Foucault’s promising academic training could have led immediately to an academic career, but he soon jumped ship to diplomacy, working as a cultural exchange officer for France in Sweden, Poland, and West Germany. I just finished reading Remigiusz Ryzinski’s new book Foucault in Warsaw, which documents how his brief posting behind the iron curtain turned him against communism.

Had he stayed in French academia, Foucault would likely have stuck with his earlier socialist worldview. Instead, his real-world experience prompted Foucault to join the ranks of the cultural class warfare left in rejecting Marxism and, instead of finding fault with only capitalists, Foucault became critical of authority generally, including the political hierarchy of left-wing governance.

Foucault’s first book, published before his brief diplomatic career, also speaks to what he might have been: mediocre. Maladie Mentale et Personalité (Mental Illness and Personality) is a blase monograph of 1950’s psychology. Yet its central thesis is congruent with Foucault’s later work. He argued that mental disorders are culturally relative rather than scientifically objective diseases.

As a diplomat, Foucault didn’t put his academic career completely to rest. He finished his dissertation to complete his doctorate at the University of Paris, which was published in 1960 with the title Folie et déraison: Histoire de la folie à l’âge classique (Madness and Insanity: History of Madness in the Classical Age). This book found the concept of madness to be culturally relative as well, but Foucault introduced his new method, identifying the “otherness” of people as a means of exerting social power.

With his new doctorate, Foucault returned to academia, teaching philosophy at the University of Clermont-Ferrand. He soon published a third book trying to deconstruct mental illness Naissance de la Clinique (The Birth of the Clinic: An Archaeology of Medical Perception). This time the angle was how the profession of medicine evolved into a position of social power.

In 1966, Foucault generalized his approach to all of science with Les Mots et les choses (Words and Things). He argued that every historical period has underlying epistemic assumptions, ways of thinking, which determined what is truth and what is the acceptable discourse about a subject. He traced this through the origins of biology, economics, and linguistics.

In 1975, now at the Collège de France, Foucault published Surveiller et punir: Naissance de la prison (Discipline and Punish: The Birth of the Prison). This is the work that probably has the most influence on Critical Race Theory (CRT). Foucault saw incarceration not as a means of establishing public safety, but rather as a means of imposing social status:

Historically, the process by which the bourgeoisie became in the course of the eighteenth century the politically dominant class was masked by the establishment of an explicit, coded and formally egalitarian juridical framework, made possible by the organization of a parliamentary, representative regime. But the development and generalization of disciplinary mechanisms constituted the other, dark side of these processes. The general juridical form that guaranteed a system of rights that were egalitarian in principle was supported by these tiny, everyday, physical mechanisms, by all those systems of micro-power that are essentially non-egalitarian and asymmetrical that we call the disciplines.

As CRT was just beginning to develop at Harvard Law School, this passage by Foucault captured the essence of what has become today’s concept of systemic racism, particularly in regard to criminal justice issues. Before his death in 1984, Foucault also added the study of sexuality to his portfolio of social control topics, but Discipline and Punish stands out as his most influential work.

This is the sixth in a series on CRT.