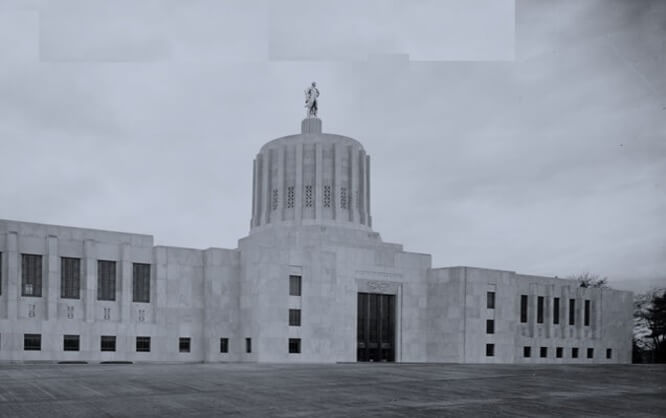 #1. Oregon State Senator Dallas Heard resigned this week in the middle of his 4 year term.   Over the next few weeks local Republican Precinct People will nominate their choices to replace him.   the Senate seat is one of the most conservatives districts in Oregon and two Republican State Representatives share his district.  Senator Heard has already recommended his choice of Rep. David Brock Smith to be his replacement.

#2.  Big taxes during Legislative Week.  Lawmakers were in the Capitol holding hearings this week.   The Senate Interim Committee on Health Care looked into the progress of a new Oregon universal health care proposal — which may, under one estimate, require a new 15% income tax.   Also, Legislators rolled out the first draft of an income tax reform measure which may lead to a plan to increase taxes in Oregon.  Also, a draft of a bill to look at property tax reform was introduced which follows the theme of raising property taxes as part of another Capitol proposal being worked on by lawmakers.

#3. Judge suspends Measure 114.  Judge sees the need for more time to determine whether the measure is Constitutional.  Oregon’s liberal Attorney General plans to appeal and force the measure to go into effect — even though police districts are universally not ready to implement the new permit system.

#4. Four top resignations. The State Elections Director resigned (conflicting media accounts), The State Alcohol and Drugs Director and ex-NAACP leader stepped down over assault.  The CEO of a top racial justice non-profit was forced to step down under scrutiny and new criminal investigation.  Kotek replaced the Oregon Health Authority director who resigned a few weeks ago.