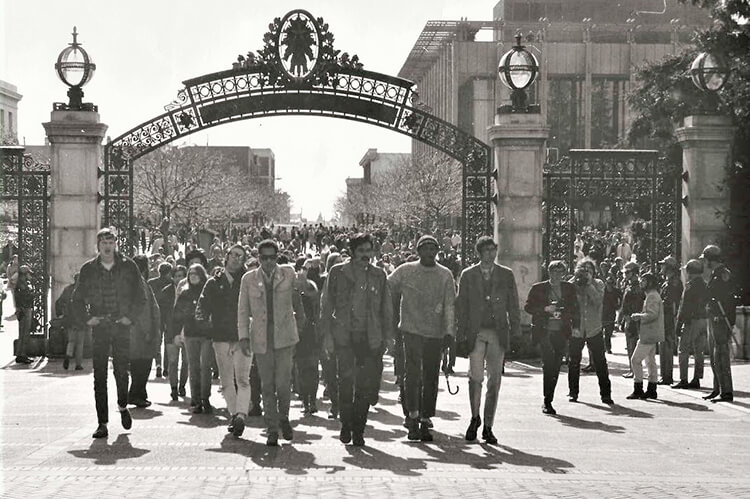 American liberal arts colleges have accumulated a suite of academic departments with the word “studies” in their names. These interdisciplinary fields essentially apply Critical Theory to an eponymous topic and have become philosophy departments for the academics that cannot get a job at the department of philosophy.

The first such department predates Critical Theory: American studies. This field of study emerged as a result of Vernon Louis Parrington‘s 1927 book Main Currents in American Thought where he described his integrated approach this way:

I have undertaken to give some account of the genesis and development in American letters of certain germinal ideas that have come to be reckoned traditionally American—how they came into being here, how they were opposed, and what influence they have exerted in determining the form and scope of our characteristic ideals and institutions. In pursuing such a task, I have chosen to follow the broad path of our political, economic, and social development, rather than the narrower belletristic.

Though Parrington was an influential member of the Progressive Movement of that era, he was no critical theorist. Parrington was basically just a historian making use of literature as a primary source to make extrapolations about the development of American culture.

The other “studies” departments that followed were founded for more than just an interdisciplinary integration of methodology. Rather than study the nation, they were tailored to study a specific ethnicity. The first was founded as a result of protests by the Afro-American Student Union (AASU) of the University of California Berkeley in 1968 when activists said: “We demand a program of ‘Black Studies’, a program that will be of and for black people. We demand to be educated realistically and that no form of education which attempts to lie to us, or otherwise mis-educate us will be accepted.” Berkeley founded the first black studies department the next year.

One has to wonder about that desire to be “educated realistically.” The AASU demanded the opportunity to earn a BA in black studies as a rejection of a “form of education which attempts to lie to us, or otherwise mis-educate us.” This prompts me to imagine if there was a black student at the time majoring in electrical engineering or some other useful knowledge that changed his major to black studies so as to avoid being lied to, to take up the opportunity to be educated realistically.

Over the past fifty years, departments and programs for just about every form of protected class status have emerged. There are departments of women’s studies. For Hispanics, the departments are often called Chicano studies. One has embraced a pejorative slur: queer studies. Seriously, Oregon State, for example, offers a minor in what it labels queer studies.

Despite the apparent diversity, these departments are really rather homogenous. They have synthesized the Critical Theory of the Frankfurt School and the Postmodernism of Derrida and Foucault into offering an alternative to each liberal arts college’s department of philosophy.

American philosophy departments are dominated by analytic philosophy where rigorous logic is applied to the study of ethics and the two metaphysical topics of ontology and epistemology. The alternative approach is commonly referred to as continental philosophy.  Both actually originate from the continent of Europe, but in the 20th century, the analytic approach to philosophical questions developed by Gottlob Frege in Germany took hold in the English speaking world while the continent of Europe has continued to prefer Immanuel Kant‘s critique of pure reason that ultimately led to German idealism, phenomenology, existentialism, hermeneutics, structuralism, post-structuralism, deconstruction, and psychoanalytic theory. Critical Theory is basically the contemporary instantiation of continental philosophy and the studies departments are just alternative philosophy departments where one goes to do applied Critical Theory.

The new “studies” are now applied to more than just ethnicity. For example, at Columbia University, one can earn an English PhD with a concentration in post-colonial studies.

And what do you call the application of Critical Theory to the study of law? It would sound funny to call it “legal studies,” because, isn’t that what law school is, a department of legal studies? The name that has emerged is Critical Legal Studies, and that will be my next topic.

This is the ninth in a series on Critical Race Theory (CRT).