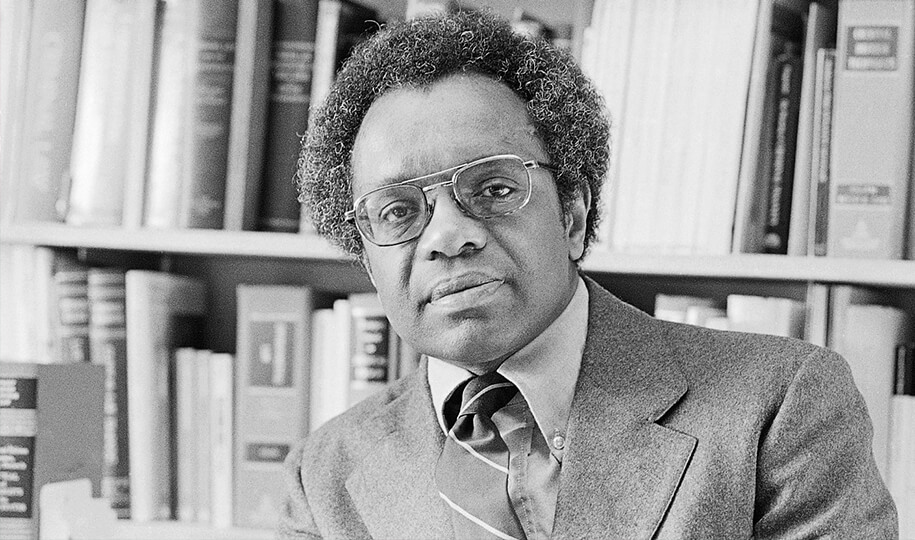 Critical Race Theorists commonly identify a 1976 Yale Law Review article titled Serving Two Masters: Integration Ideals and Client Interests in School Desegregation Litigation as the earliest work of their canon. That is why its author, Derrick Bell, is frequently cited as the founder of Critical Race Theory (CRT). Were a conservative reader of the Oregon Catalyst to click on that link, I predict such a reader would be hard-pressed to find anything in there that is objectionable.

That’s not because the article was milquetoast. Bell threw some bombs at the establishment by taking on some sacred cows like Brown v. Board of Education, the ethics of class action litigation, and the National Association for the Advancement of Colored People (NAACP).

The hot race issue of the time was busing. The civil rights establishment pursued it at all costs, and conservatives generally opposed it.

Bell pointed out that black communities often opposed it too. Yet the NAACP and other civil rights organizations would ignore these competing perspectives.

Why would black communities oppose the integration of public schools? The answer is that the busing required to force a uniform distribution of student enrollment by race became costly both operationally and politically. Common sense prompted many black parents to ask, why not spend that money and political capital on improving the school that my kid goes to rather than busing my kid out or white kids in?

Bell pointed out that a civil rights litigation industrial complex fundamentally failed to understand this. He asked, “Why, one might ask, have they been so unwilling to recognize the increasing futility of ‘total desegregation,’ and, more important, the increasing number of defections within the black community?” Bell’s answer was that racial integration of schools was an easy metric to present as a symbol of victory, that civil rights organizations answer to their wealthy funders, not their class action clients, and that this represented a breach of ethics.

Bell focused on how the ethical problems from this principal-agent problem were created by a permissive decision by the Supreme Court. The ability of the NAACP to speak for and make decisions for black students was enhanced by the Warren Court watering down state ethics rules in NAACP v. Button. Bell argued this decision, which enhanced the power of civil rights litigators, should be re-examined in light of the way civil rights lawyers were abusing it and failing to provide adequate legal services to the black community.

This 1976 Bell article is seen as foundational for the development of CRT, because it shows how CRT started off taking shots at liberal jurisprudence. What are more iconic symbols of the liberal establishment of the legal profession than Brown v. Board of Education, NAACP v. Button, and civil rights lawyers? If you thought CRT has primarily been opposed to conservative views on race, you should take the time to read what actual CRT authors have been writing. CRT has tried to present a radical alternative to both liberal and conservative approaches to civil rights policy.

As CRT became more influential in recent years, offering an intellectual foundation for progressive approaches to race relations, earlier writings like this have become self-referential. A valid question today is to what extent does CRT actually represent the preferences of today’s black community? I have read several publications opposed to school choice by CRT authors. I’ve never read one in line with the black community’s support for what is ultimately the most efficient school reform. Standing in a political coalition with the progressive political establishment, CRT is forced to conform to the rent-seeking interest of its coalition partners, the teachers unions, at the expense of improving education outcomes for black students, and that is exactly what Bell’s founding article was all about.

This is the eleventh in a series on CRT.