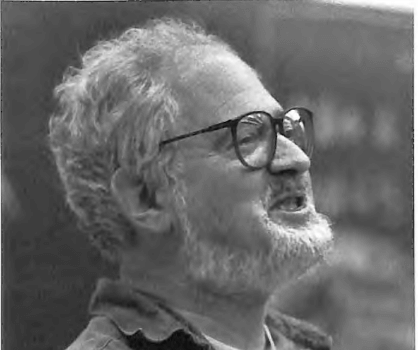 In 1978, the second canonical writing of Critical Race Theory (CRT) established the basic motif for the later development of what today is called systemic racism. Writing for the Minnesota Law Review while he was a professor of law at the University of Minnesota, Alan David Freeman published Legitimizing Racial Discrimination Through Antidiscrimination Law: A Critical Review of Supreme Court Doctrine.

This law review article contained quite a few sweeping claims that don’t get fully developed. Frequently, when Freeman said some conclusion is necessarily the case, the reader can readily think of examples of why it was not necessarily the case. Yet this paper is often cited as authoritative, and it is authoritative, in its influence. But it’s hard to read this article and find persuasive reasoning that commands authority. Sometimes writings are authoritative simply because they said what fellow travelers wanted to hear.

BLACK AMERICANS: “Great, we who have no jobs want them. We who have lousy jobs want better ones. We whose kids go to black schools want to choose integrated schools if we think that would be better for our kids, or want enough money to make our own schools work. We want political power roughly proportionate to our population. And many of us want houses in the suburbs.”

THE LAW: “You can’t have any of those things. You can’t assert your claim against society in general, but only against a named discriminator, and you’ve got to show that you are an individual victim of that discrimination and that you were intentionally discriminated against. And be sure to demonstrate how that discrimination caused your problem, for any remedy must be coextensive with the violation. Be careful your claim does not impinge on some other cherished American value, like local autonomy of the suburbs,’ or previously distributed vested rights, or selection on the basis of merit.’ Most important, do not demand any remedy involving racial balance or proportionality; to recognize such claims would be racist.”

Freeman thought the requirement that a violation of antidiscrimination law actually has to have occurred placed a bias in the law toward the interest of the perpetrator.

In its core concept of the “violation,” antidiscrimination law is hopelessly embedded in the perpetrator perspective. Its central tenet, the “antidiscrimination principle,” is the prohibition of race dependent decisions that disadvantage members of minority groups, and its principal task has been to select from the maze of human behaviors those particular practices that violate the principle, outlaw the identified practices, and neutralize their specific effects.

Freeman found fault with the legal requirement that someone needed to be found at fault for being penalized for the conditions in the black community that Freeman wanted the law to remedy.

Central to the perpetrator perspective are the twin notions of “fault” and “causation.” Under the fault idea, the task of antidiscrimination law is to separate from the masses of society those blameworthy individuals who are violating the otherwise shared norm.

Wouldn’t we want to make a distinction between people who engage in discrimination from those that do not? Similarly, don’t real victims generally seek remedy from the actual person at fault, the person that caused the condition? Freeman’s false distinction between the perpetrator perspective vs. the victim perspective leads him down a rabbit hole of mistaken comparisons throughout the article.

Freeman extends rejection of the need that a person punished for discrimination be found at fault because he thought it causes complacency.

The fault concept gives rise to a complacency about one’s own moral status; it creates a class of “innocents,” who need not feel any personal responsibility for the conditions associated with discrimination, and who therefore feel great resentment when called upon to bear any burdens in connection with remedying violations.

Is complacency the right word to describe an innocent person? Certainly, someone innocent in the present should not be so complacent that he fails to avoid being guilty in the future, but that is not what Freeman was driving at. Freeman rejected the very notion of innocence, because, whatever the rationale of an individual business choice for whom to hire or an individual school’s choice whom to accept for admission, Freeman believed there will always be collective social guilt for the life outcomes of black applicants.

Freeman found the Supreme Court’s majority opinion in Brown v Board of Education ambiguous about whether to favor the perspective of the perpetrator. He described the time period from the 1954 Brown decision to the 1964 decision in Griggs v Duke Power Co. as “The Era of Uncertainty,” because what exactly the Warren Court meant by Brown in terms of Freeman’s two perspectives appeared to Freeman to be uncertain.

Freeman called the period from 1964 to 1974 “The Era of Contradiction,” because Freeman finds three cases during this time were incoherent in regards to favoring either of Freeman’s two perspectives. In the Griggs case, an electric company imposed a high school education and general intelligence test requirement for applicants to qualify for employment. The legal question was whether Title VII of the Civil Rights Act of 1964 prevents an employer from setting such hiring restrictions when 1) neither requirement is shown to be significantly related to successful job performance, 2) both requirements operate to disqualify black candidates at a higher rate than white applicants, and 3) the jobs in question formerly had been filled only by white employees as part of a longstanding practice before the passage of the new law. A unanimous court said Title VII bans this. Freeman found this decision incoherent because it looks at both the perpetrator perspective and the victim perspective. He said Griggs looked at the perpetrator’s perspective by checking to see if there was a rational basis for the application requirement and whether the employer had a history of overt racial discrimination. Freeman said the court also looked at the victim’s perspective by evaluating the disparate impact the education and testing requirement had on applicants.

Of course, this is only incoherent when forced through Freeman’s false dichotomy. Wanting to know if an employer was in fact engaged in racial discrimination requires, as a necessary condition, a disparate impact. If an employer applied an arbitrary test for employment that black applicants were equally likely to pass as white applicants, it’s just a wasteful recruitment process, not discrimination, something Title VII doesn’t ban.

The Supreme Court applied Griggs to education in three cases that followed: Swann v. Charlotte-Mecklenburg Board of Education (1971), Wright v. Council of Emporia (1972), and Keyes v. School District No. 1 (1973). These cases forced schools to bus students around their districts to maintain a uniform enrollment by race. In each case, a history of de jure segregation was sustained by an ostensibly race-neutral policy that had the same result. The court struck these policies down, because the school districts were unable to show that the policies were necessary to achieve some end other than maintaining segregation. Like in his commentary on Griggs, Freeman found this a contradiction because the court took the impact on black students into account.

Freeman called the period he was writing in “The Era of Rationalization.” By “rationalization” he meant that the court proceeded as if the war against racial discrimination was over because the problem had been solved.

Freeman found the 1974 decision in Miliken v. Bradley to protect what he called “vested rights” of racial homogeneity in suburban life. In Miliken, the school system in Detroit, Michigan was already desegregated. But the movement of white children out of Detroit’s public schools motivated civil rights activists to seek the integration of the Detroit schools with their neighboring jurisdictions. The Supreme Court was not willing to force busing across different municipalities.

This makes sense. If the City of Detroit has few white children, and its neighboring suburb of Wyandotte has few black children, the differences in racial distribution between their two school systems cannot be attributed to the enrollment policy of the school districts. So the Supreme Court didn’t have a racial violation to correct. The way in which we voluntarily sort ourselves out spatially is not necessarily an act of malice against other people.

In employment, Freeman found Washington v. Davis to have whittled away at the Griggs standard on an employment test’s disparate impact. In this 1976 case, where a police department administered a test that black candidates were four times more likely to fail than white applicants, the plaintiff’s only evidence of racism was the disparate impact. The Court ruled that the impact on employment alone is insufficient, that employment outcomes do not present a prima facie case of racial discrimination. This conflicts with Freeman’s concept of the victim’s perspective where, each time a black candidate failed the test, society was at fault. Freeman’s dichotomy leaves little room for the personal responsibility of the applicant to prepare for the test as an explanandum for these outcomes.

In his 1978 Minnesota Law Review article, Freeman laid the foundation for progressive thinking on race today. The lack of evidence that specific people are discriminating against other specific people has no bearing on the assumed pervasiveness of racism in our society. Any difference in life-outcome for a minority is taken by the left as conclusive evidence of racism. CRT allows for no other explanation.

This is the twelfth in a series on CRT.