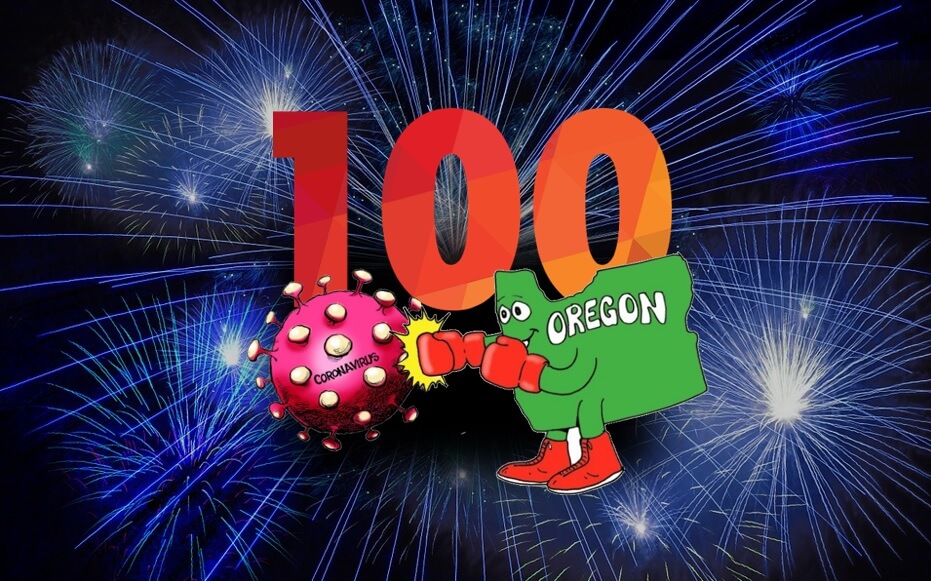 Milestone!!! Today marks the 100th straight day that the Taxpayer Association of Oregon has published an article regarding the coronavirus and it’s historic economic shutdown.

– We debated a shutdown before there was a shutdown.

– We offered re-opening ideas back when people were afraid to talk about it.

– We chronicled every mis-step by the Governor and complimented every correct one.

Most of all, during this unparalleled dark moment in history, the Taxpayer Association of Oregon offered up 100 consecutive days of ideas, solutions, commentary, debate, local reporting and lots of up-to-the-minute facts on this virus catastrophe.

Scan all 100+ articles below, and then consider making a donation online at OregonWatchdog.com ( Charitable Tax Deduction or Political Tax Credit options ).

Oregon among last to open, 1st to tax

Oregon among last 3 states to re-open!

Oregon not unique. Infections up across nation

COVID hospitalizations are way down

Some economic pain you can’t see

Nurses get pay cuts due to virus…liberalism

Where Oregon stands on virus rise/fall

Does your small business need masks?

12 lessons from quarantine travel. What Oregon can expect.

Where Oregon stands on new cases

Tough news for Oregon from a re-opened restaurant

Seaside hotels only open to essential workers who live in County

Do you need a mask?

In shutdown, big business poaches workers from smaller ones

Oregon falls behind on re-opening

Kicker Refund saved politicians from themselves

How Oregon compares to other lockdown states

Is Oregon seeing a virus bounce back?

Good News: 5 counties with no cases

Huge Job loss. Yet, Oregon still in the dark

Oregon might be closed till May 25: What’s your opinion

Oregon unemployment chart is a shocker

25 ways China, Iran, Italy made the outbreak much worse

About 20% small business to close if we go into May

Media asks “Where is our Governor?”

Can you spot the three errors in this cartoon?

Governor, Lawmakers drop plans to meet. Apparently nothing important is going on.

Self-serve gas legalized. Should plastic bags be next?